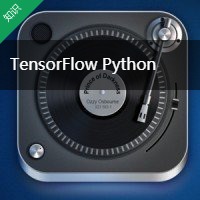 Module for constructing seq2seq models and dynamic decoding. Builds on top of libraries in tf.contrib.rnn.

This library is composed of two primary components:

Attention wrappers are RNNCell objects that wrap other RNNCell objects and implement attention. The form of attention is determined by a subclass of tf-contrib-seq2seq-AttentionMechanism- These subclasses describe the form of attention (e-g- additive vs- multiplicative) to use when creating the wrapper- An instance of an AttentionMechanism is constructed with a memory tensor, from which lookup keys and values tensors are created-

The memory tensor passed the attention mechanism's constructor is expected to be shaped [batch_size, memory_max_time, memory_depth]; and often an additional memory_sequence_length vector is accepted. If provided, the memory tensors' rows are masked with zeros past their true sequence lengths.

Attention mechanisms also have a concept of depth, usually determined as a construction parameter num_units. For some kinds of attention (like BahdanauAttention), both queries and memory are projected to tensors of depth num_units. For other kinds (like LuongAttention), num_units should match the depth of the queries; and the memory tensor will be projected to this depth.

The basic attention wrapper is tf.contrib.seq2seq.DynamicAttentionWrapper. This wrapper accepts an RNNCell instance, an instance of AttentionMechanism, and an attention depth parameter (attention_size); as well as several optional arguments that allow one to customize intermediate calculations.

At each time step, the basic calculation performed by this wrapper is:

In practice, a number of the intermediate calculations are configurable. For example, the initial concatenation of inputs and prev_state.attention can be replaced with another mixing function. The function softmax can be replaced with alternative options when calculating alignments from the score. Finally, the outputs returned by the wrapper can be configured to be the value cell_output instead of attention.

The benefit of using a DynamicAttentionWrapper is that it plays nicely with other wrappers and the dynamic decoder described below. For example, one can write:

The multi_rnn cell will perform the bottom layer calculations on GPU 0; attention calculations will be performed on GPU 1 and immediately passed up to the top layer which is also calculated on GPU 1. The attention is also passed forward in time to the next time step and copied to GPU 0 for the next time step of cell. (Note: This is just an example of use, not a suggested device partitioning strategy.)

Decoder base class and functions