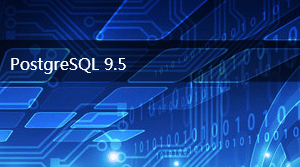 The xml data type can be used to store XML data. Its advantage over storing XML data in a text field is that it checks the input values for well-formedness, and there are support functions to perform type-safe operations on it; see Section 9.14. Use of this data type requires the installation to have been built with configure --with-libxml.

The xml type can store well-formed "documents", as defined by the XML standard, as well as "content" fragments, which are defined by the production XMLDecl? content in the XML standard. Roughly, this means that content fragments can have more than one top-level element or character node. The expression xmlvalue IS DOCUMENT can be used to evaluate whether a particular xml value is a full document or only a content fragment.

To produce a value of type xml from character data, use the function xmlparse:

While this is the only way to convert character strings into XML values according to the SQL standard, the PostgreSQL-specific syntaxes:

can also be used.

The xml type does not validate input values against a document type declaration (DTD), even when the input value specifies a DTD. There is also currently no built-in support for validating against other XML schema languages such as XML Schema.

type can be character, character varying, or text (or an alias for one of those). Again, according to the SQL standard, this is the only way to convert between type xml and character types, but PostgreSQL also allows you to simply cast the value.

When a character string value is cast to or from type xml without going through XMLPARSE or XMLSERIALIZE, respectively, the choice of DOCUMENT versus CONTENT is determined by the "XML option" session configuration parameter, which can be set using the standard command:

or the more PostgreSQL-like syntax

The default is CONTENT, so all forms of XML data are allowed.

Note: With the default XML option setting, you cannot directly cast character strings to type xml if they contain a document type declaration, because the definition of XML content fragment does not accept them. If you need to do that, either use XMLPARSE or change the XML option.

When using binary mode to pass query parameters to the server and query results back to the client, no character set conversion is performed, so the situation is different. In this case, an encoding declaration in the XML data will be observed, and if it is absent, the data will be assumed to be in UTF-8 (as required by the XML standard; note that PostgreSQL does not support UTF-16). On output, data will have an encoding declaration specifying the client encoding, unless the client encoding is UTF-8, in which case it will be omitted.

Caution: Some XML-related functions may not work at all on non-ASCII data when the server encoding is not UTF-8. This is known to be an issue for xpath() in particular.

The xml data type is unusual in that it does not provide any comparison operators. This is because there is no well-defined and universally useful comparison algorithm for XML data. One consequence of this is that you cannot retrieve rows by comparing an xml column against a search value. XML values should therefore typically be accompanied by a separate key field such as an ID. An alternative solution for comparing XML values is to convert them to character strings first, but note that character string comparison has little to do with a useful XML comparison method.

Since there are no comparison operators for the xml data type, it is not possible to create an index directly on a column of this type. If speedy searches in XML data are desired, possible workarounds include casting the expression to a character string type and indexing that, or indexing an XPath expression. Of course, the actual query would have to be adjusted to search by the indexed expression.

The text-search functionality in PostgreSQL can also be used to speed up full-document searches of XML data. The necessary preprocessing support is, however, not yet available in the PostgreSQL distribution.