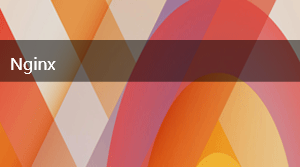 This module is not built by default, it should be enabled with the --with-http_v2_module configuration parameter.

Also note that if the ssl_prefer_server_ciphers directive is set to the value “on”, the ciphers should be configured to comply with RFC 7540, Appendix A black list and supported by clients.

Sets the maximum size of chunks into which the response body is sliced. A too low value results in higher overhead. A too high value impairs prioritization due to HOL blocking.

This directive appeared in version 1.11.0.

Sets the size of the buffer per each request in which the request body may be saved before it is started to be processed.

Sets the timeout of inactivity after which the connection is closed.

Sets the maximum number of concurrent HTTP/2 streams in a connection.

Limits the maximum size of an HPACK-compressed request header field. The limit applies equally to both name and value. Note that if Huffman encoding is applied, the actual size of decompressed name and value strings may be larger. For most requests, the default limit should be enough.

Limits the maximum size of the entire request header list after HPACK decompression. For most requests, the default limit should be enough.

This directive appeared in version 1.11.6.

Sets the maximum number of requests that can be served through one HTTP/2 connection, after which the connection is closed and the client should use a new connection.

Sets the size of the per worker input buffer.

Sets the timeout for expecting more data from the client, after which the connection is closed.