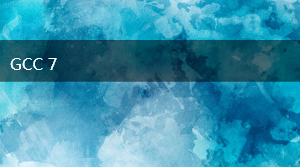 Means that this operand is written to by this instruction: the previous value is discarded and replaced by new data.

Means that this operand is both read and written by the instruction.

If you specify ‘=’ or ‘+’ in a constraint, you put it in the first character of the constraint string.

Means (in a particular alternative) that this operand is an earlyclobber operand, which is written before the instruction is finished using the input operands. Therefore, this operand may not lie in a register that is read by the instruction or as part of any memory address.

‘&’ applies only to the alternative in which it is written. In constraints with multiple alternatives, sometimes one alternative requires ‘&’ while others do not. See, for example, the ‘movdf’ insn of the 68000.

A operand which is read by the instruction can be tied to an earlyclobber operand if its only use as an input occurs before the early result is written. Adding alternatives of this form often allows GCC to produce better code when only some of the read operands can be affected by the earlyclobber. See, for example, the ‘mulsi3’ insn of the ARM.

Furthermore, if the earlyclobber operand is also a read/write operand, then that operand is written only after it’s used.

Declares the instruction to be commutative for this operand and the following operand. This means that the compiler may interchange the two operands if that is the cheapest way to make all operands fit the constraints. ‘%’ applies to all alternatives and must appear as the first character in the constraint. Only read-only operands can use ‘%’.

GCC can only handle one commutative pair in an asm; if you use more, the compiler may fail. Note that you need not use the modifier if the two alternatives are strictly identical; this would only waste time in the reload pass.